A Chef’s Kitchen will be Closing

The store will open for all patrons on February 14-16 from 10 a.m. to 5 p.m. We will accept Visa, Discover, MasterCard and gift certificates as payment.

Nearly twenty years ago, John and I were sharing a Cobb salad at a sports bar while on vacation in Michigan. We were brainstorming ideas for a business that would allow us to spend more time together, as a family and in northern Michigan, but we kept getting distracted by the sounds of the cooking show blaring from the televisions at the bar. What a drag it must be, we thought, to pay good money to sit in that television audience and be tantalized by aromas of deliciousness without getting to savor any of it.

An idea was born that refused to be ignored and lead to our opening A Chef’s Kitchen on August 13, 2004. Our twenty-seven seat ‘restaurant’ operated continuously, except for brief hiatuses to northern Michigan, through March 14, 2020 when we closed due to safety concerns over COVID-19.

Our small wine shop opened again in May 2020, but our unique business model made social distancing during our dinner classes impossible. A Chef’s Kitchen’s closure stretched out — and stretched us — until our scheduled re-opening date of November 2, 2021.

The struggle since then has been to come to terms with losing John and to search for a way to continue without him. The former remains a daunting task, but we have accepted defeat of the latter and are permanently closing A Chef’s Kitchen, a place without peer.

John Gonzales’ and Nick Allen’s world-class culinary skills were executed to a high degree of excellence, in front of a live audience, five nights a week. Think about that. They had no place to hide. Leaving twenty-seven people hangry was a constant risk because there was no backup food to serve if it all went south. Yet that didn’t happen. They handled it all with aplomb and such expertise that they made it look (almost) easy. Their chemistry added another dimension to everything they did. They entertained us.

John and Nick shared their knowledge of food science and food history in an understandable and relatable way. They wrote recipes – that worked! – and patiently answered all questions until the answers were understood. They weren’t only asked for advice during service, but by email and phone. They were sought out during the daytime prep hours and while shopping at the grocer’s. They took the time to make themselves available to help, no matter how busy they were. And they were always busy.

The other members of our small team, each essential to a complete and successful experience, are likewise committed top-tier professionals and human beings. You know them. Sheree Press, Deidre Knutty Williams, Shane Williams and Germaine Wellington round out A Chef’s Kitchen’s family of Incomparables.

John and I knew that our concept could work and be something special. We knew that at the gut-level required to make the necessary sacrifices and to risk everything we had — and more — to make it happen. We did not know, had no inkling, of how profoundly we would be moved by our patrons. Getting to meet and know so many good people has been a gift. Your eighteen years of enthusiasm and loyalty has been deeply and personally felt. The encouragement we got from many hundreds of you helped carry us through the darkest days of our eighteen-month shutdown. We would have let go of hope for A Chef’s Kitchen without that and I thank you with my whole being. Your outpouring of love and respect for John since his passing has been a solace.

I hope you remember A Chef’s Kitchen as a place where magic happened, a place where aromas of deliciousness tantalized and the food was savored by all. 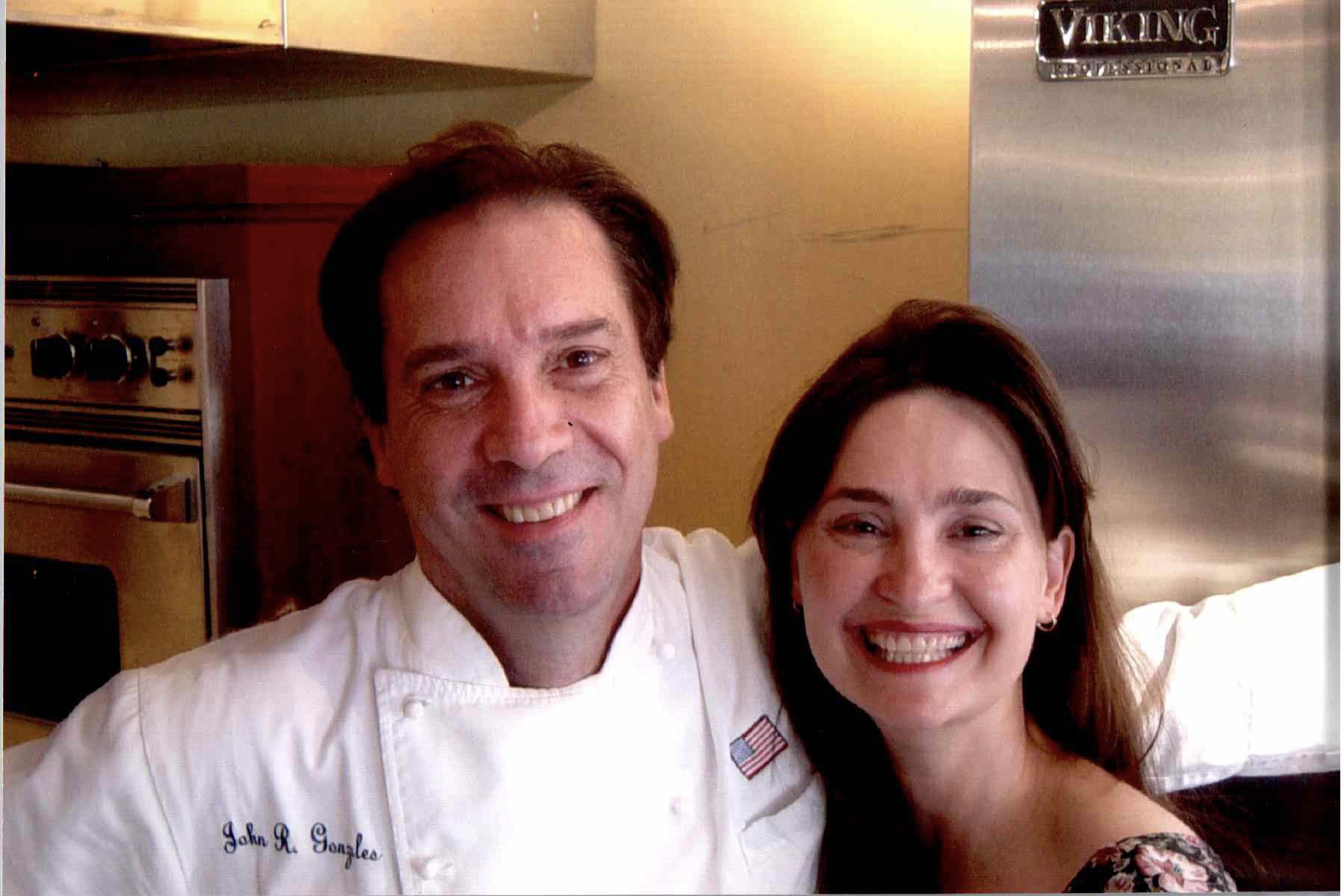 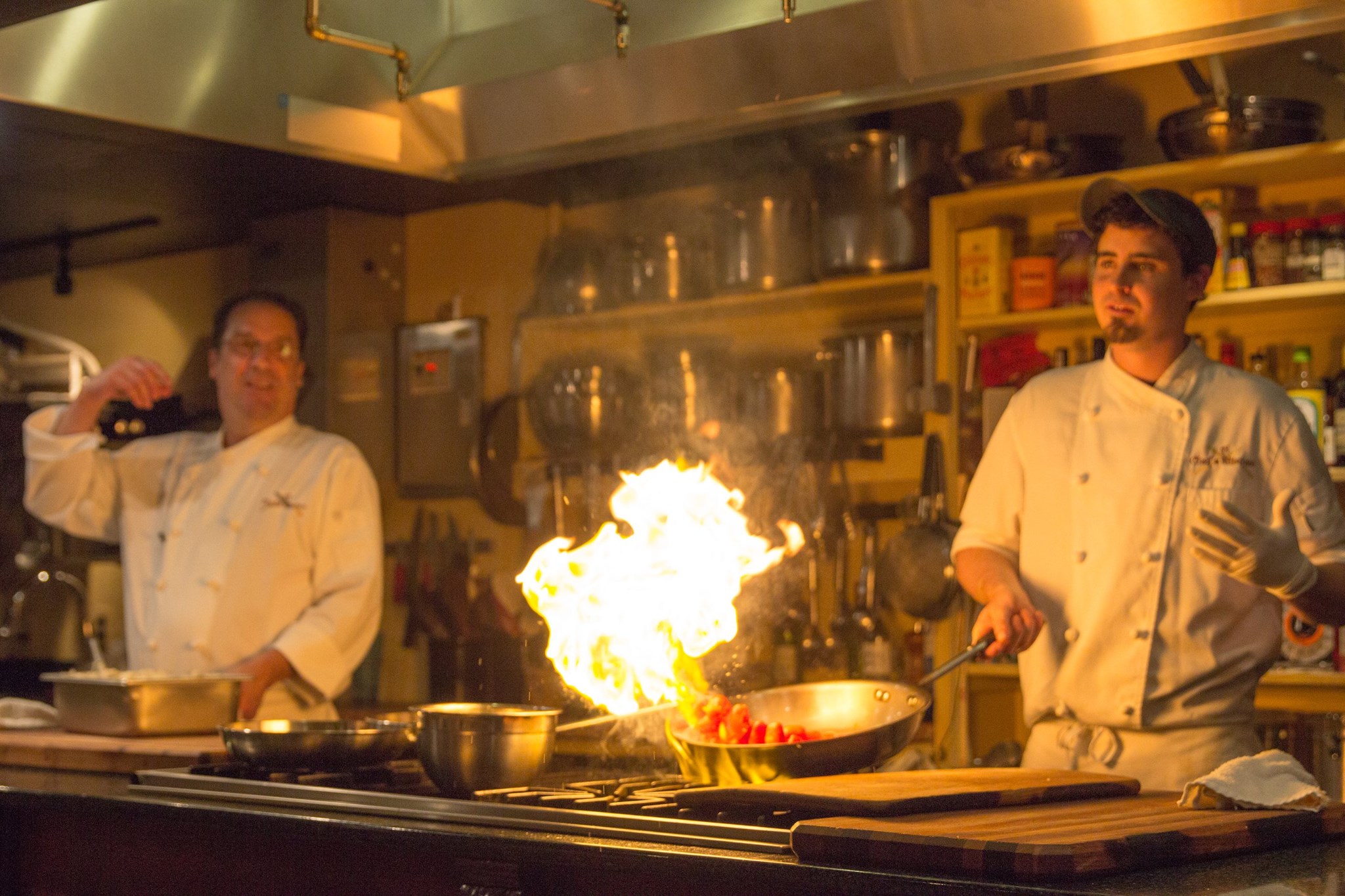 It is with profound sadness that we announce the unexpected and untimely passing of our Executive Chef and co-founder, John R. Gonzales.

Many of us have listened to John tell the tale of his culinary journey, engaging us with the colorful stories that led him to us here at A Chef’s Kitchen. Any re-telling of John’s journey, no matter how lean and impoverished by the absence of his resonant voice and charm, will always begin with a soccer scholarship to Hope College in Michigan.

His academic career at Hope College was brief, quickly losing its luster for John at the close of soccer season and the first semester. John took a job as a dishwasher at a small restaurant while he tried to puzzle out his future. When the cook failed to show up for his shift, John received his first promotion and was unwittingly launched on his way.

From that seemingly inauspicious moment forward, John blazed the path to an impressive career:

John was an excellent teacher. He created clearly written and delicious recipes – that worked! Not such an easy accomplishment. He was able to make food science and culinary technique understandable in a way that encouraged even novices to get in the kitchen and start cooking. He took the time to patiently answer every question put to him until his answer was fully understood.

John was passionate. He was fully invested in whatever he was doing and his passion was infectious.

John had a natural manner about him that drew everyone in and created real personal connections throughout his lifetime, making each of us feel important to him. That was the overarching characteristic that permeated every aspect of his life. He was a genuine force of nature, standing out amongst those we meet as one of the “Unforgettables.”

His premature death has shaken us to our core and he is deeply, achingly missed.

Rest in peace, beloved Johnny, peerless in our esteem.

There will be a private graveside ceremony for the family. 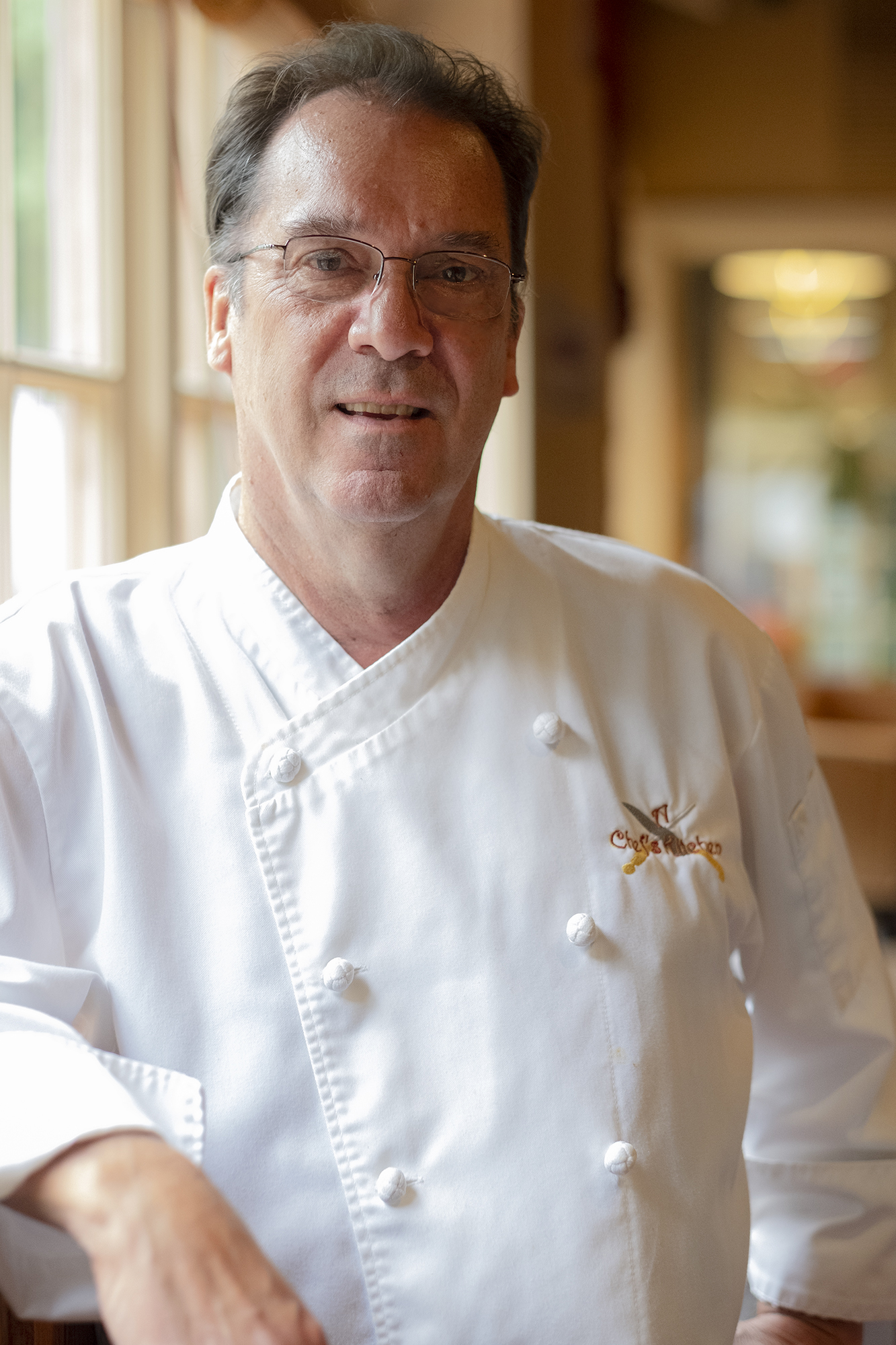 Be entertained by classically trained chefs in a classroom dining experience.

A Chef’s Kitchen is the realization of John and Wanda Gonzales’ long-held dream to create a destination for lovers of food and wine.

What People are Saying

John Gonzales “is a cookbook author and a performance artist whose medium is food.“

“It took us four years to get in, but thankfully there was a hint of snowfall, Virginia panicked, and spaces opened up. This is a gourmet meal, cooking class, folk hour, wine instruction, and product pitch simultaneous. We can’t wait to go back.“

“This is a great place to experience great food and learn how to prepare it at the same time. We went as a neighborhood group and it was a lot of fun. Can highly recommend!“

“A Chef’s Kitchen is a true dining experience. The food is outstanding, and Chef John’s presentation and instruction is legendary. Lovely selection of wines to accompany our delectable meal.”

“Our Guests Loved It!”

“When your guests have been to the very best restaurants on east coast, where did we take them for a special dinner? A Chef’s kitchen. It did not disappoint.“

Prepare your palate for a Culinary Experience

A Chef’s Kitchen opened in August 2004 and is an interactive cooking class/dining establishment located in historic downtown Williamsburg VA.

Try some of these delicious dishes! 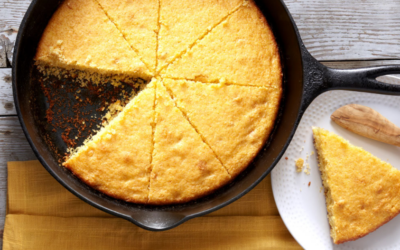 Skillet Baked Corn BreadWe can thank Native Americans for this delicious Southern staple. Still today, corn is considered a mainstay in the Native American diet and was a major source of sustenance when settlers first arrived on the continent.Servings 8Ready In:... 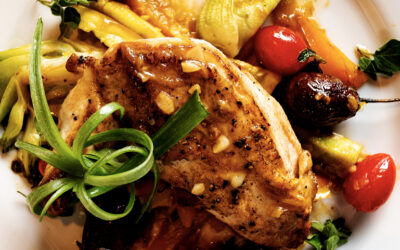 RatatouillePan Roasted Suprême of Chicken with Goat Cheese.Servings 2Ready In: 45minGood For: DinnerInroduction About this Recipe By: John Gonzales A supreme of chicken in French cooking refers to a boneless breast with the first joint of the wing attached. This cut...

The store will open for all patrons on February 14-16 from 10 a.m. to 5 p.m. We will accept Visa, Discover, MasterCard and gift certificates as payment.

Drop Us a Line

Don’t be bashful. Let us know if you have any questions.

Food Education in Your Mailbox

Let's get this party started!